Mary Birdsong
Aurora, Missouri, United States
Greetings and welcome to our BLOG...Enjoy the photos and information. I've got several BLOGS so view them all. Some I have not updated in a while, they're there for sharing. One of my favorite subjects to talk about is our Anatolian Shepherd Dogs. They are totally amazing so please enjoy the photo history of Anatolians in our lives. My husband, Jim and I enjoy doing everything together and in the building of our home we learned much. That was why we decided to share our talents and what we learned through "Elegance In Concrete". I love being creative and this is a wonderful avenue that can really put that special "Elegant" look into your home or business. Plus we love what we do. Contact us if you have any questions. Look forward to hearing from you.

Gideon is the other boy from Sirin and Rummy 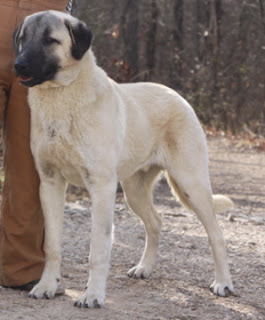 At of today, he is available to a livestock guardian home. He is a very sweet boy, great disposition, excellent structure and would fit in well with a family. Call for more details or questions.
Posted by Mary Birdsong at 8:23 PM No comments: 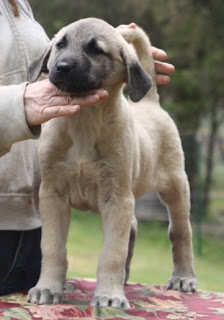 This is Gabe at 8 wks, M1 in the litter from Flat Creek Sirin Ruh C and The Cedars' Rumpelstiltskin KS, "Rummy". 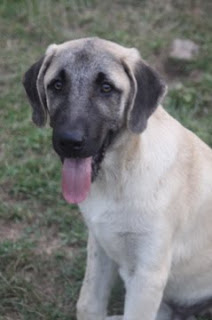 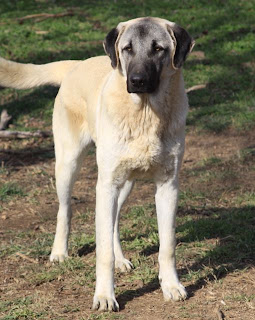 Gabe at 9 months just went to live with his new family in Alabama and his playmate Queenie, a six month old Anatolian. Photos to be posted later
Posted by Mary Birdsong at 8:57 AM 1 comment:

Where Are They Now....Photos of our Pups w/their families 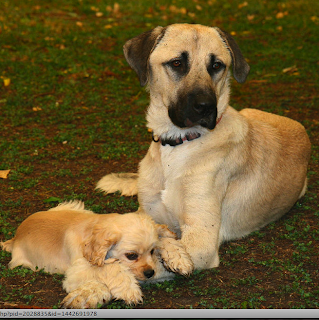 This is Jasper at 10 months, his buddy is Henry. Jasper was living with Zuzana and her family but went missing in Sept. 2010. He is sorely missed. 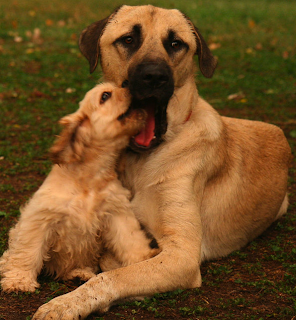 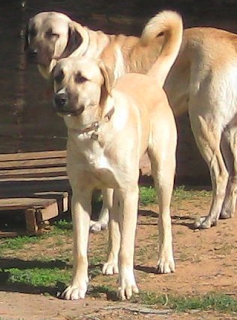 This is Hal, 8 months, in California, living in a livestock guardian and show home with Lyne. That is Tinkerbell, his buddy, behind him. Hal was sired by our boy Lost Horizons Alec of Avanos (Alec) and CH Kus Sarkisi Cana Melek (Melek) 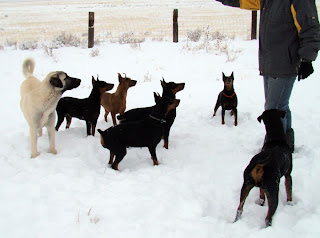 This is Isis, 9 months, in New Mexico with her German Pincher family 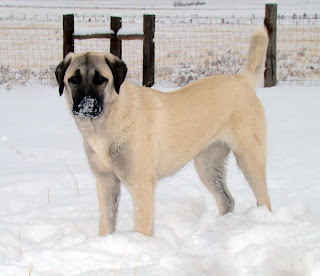 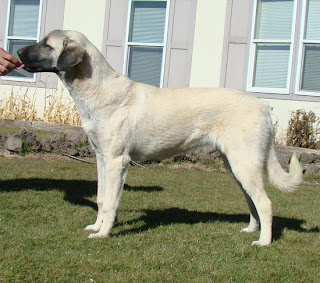 Isis at 7 months. Isis is living in a show/companion home with Jill. Looking awesome..Isis is out of Kus Sarkisi Suna Dilara (Dilara) and Island Farm's Prime Suspect (Dillon) 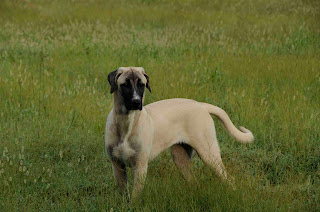 This is Scout at 5 months, living in Missouri with Dale. Dale writes me and says, "She has the BEST personality of any dog I have owned. Loves children and our other dogs. Was house broken in two weeks. My only complaint would be that she is a little hard to obedience train because she doesn't care that much about food." Gee that's not typical of an Anatolian, LOL....Scout is out of Kus Sarkisi Suna Dilara and Island Farm's Prime Suspect 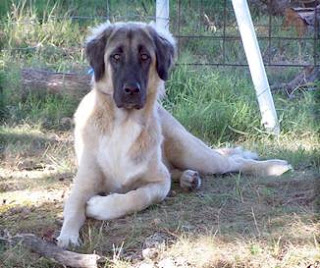 This is Griz at 10 months, living in Ava, Missouri with Dan & Kathleen. Kathleen writes "Other than him barking at ??? in the wee hours of the morning (between 12:01 am and 5:00 am!), he is being a good boy. He likes to chase the barn cats, but he doesn’t even attempt it with the inside cat. He doesn’t chase the chickens which is good and he has met the cattle and he keeps his distance and isn’t a pain.

His sheep whine when he is not in the pen area with him, even though I have caught him chasing them (and yes, I’ve scolded him…doesn’t mean he stops). I think a lot of it is puppy stuff, especially like last night when it was cool and all the critters were feeling their oats. He was fired up! I’m not sure if there is a way to teach him what is appropriate to bark at and what isn’t, but we’ll figure it out." Griz is out of Alec and Tig.
Posted by Mary Birdsong at 7:04 AM No comments: